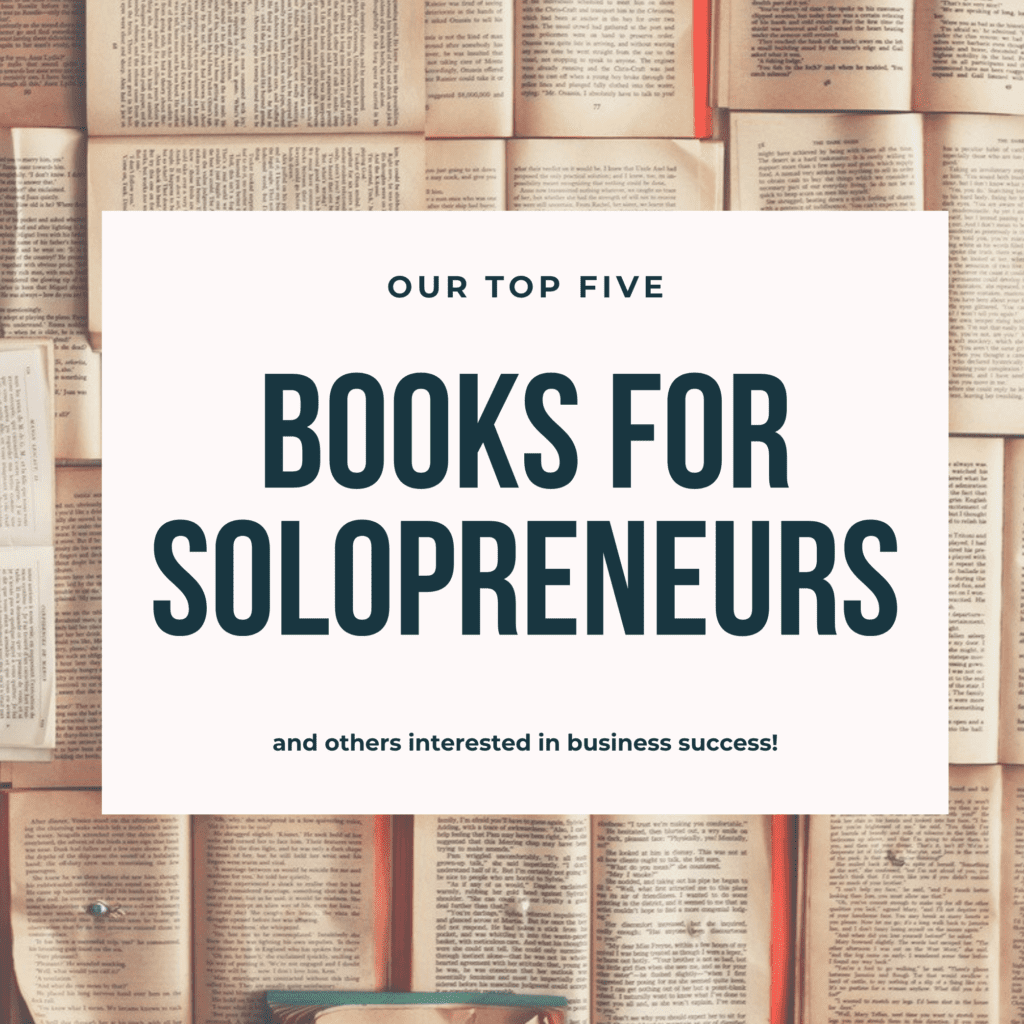 Five Books Every Solopreneur Should Read

What better activity to take up when you’re stuck at home than reading? Most of us have a list of at least a few books we’ve been meaning to get to but haven’t yet had the chance to start.

We take a look at five top ‘should-reads’ for solopreneurs and others interested in business success. So if these books have been on your list, now might be the time to give them a try.

“Year of Yes” by Shonda Rhimes

Who would have guessed that the creator of smash hits “Scandal” and “Grey’s Anatomy” is by nature a painfully shy introvert? In this memoir, Shonda Rhimes details the 365 days she spent saying yes to everything that scared her, from giving a commencement speech at Dartmouth College to appearing on “Jimmy Kimmel Live.” Honest, funny, and full of wisdom, this book will give hope to wallflowers everywhere.

An oldie-but-goodie. Written in 1937, Napoleon Hill’s book of business wisdom has withstood the test of time. Inspired, so the story goes, by a conversation Hill had with businessman and philanthropist Andrew Carnegie, the self-help paperback guides readers on a six-step journey to success based on pearls of wisdom garnered from hundreds of interviews with the world’s foremost businessmen (including Carnegie, Henry Ford, and Thomas Edison).

“Shark Tales: How I Turned $1,000 Into a Billion Dollar Business” by Barbara Corcoran

“Shark Tank” star and real estate mogul Barbara Corcoran’s book is a true rags-to-riches tale. The book tells the story of how Corcoran went from being a diner waitress with no savings and a long list of failed jobs under her belt to the owner of a multi-billion-dollar real-estate business. It all starts with borrowing $1,000 from a boyfriend to set up a small real-estate office. The memoir is chock-full of unconventional business and life advice from a woman who’s truly “been there, done that.”

“How to Fail at Almost Everything and Still Win Big: Kind of the Story of My Life” by Scott Adams

Hilarious, honest, and unexpected, this book by “Dilbert” creator Scott Adams will have you ignoring your phone. In it, Adams discusses his life’s many failures and tells readers why and how to turn perceived ‘wrong turns’ to their advantage. Among the funny and ironic-seeming gems: “This is not an advice book. If you’re ever taken advice from a cartoonist, there’s a good chance it didn’t end well.” What readers glean from this cartoonist, however, is likely to lead to moves that end quite well indeed.

“The 4-Hour Workweek” by Timothy Ferriss

The title of Ferriss’s wildly popular read about working less and earning more pretty much sums up every worker’s dream. In the book, Ferriss details his move from $40,000-a-year, 80-hour-workweek drone to $40,000-a-month, four-hour-workweek money-making pioneer. This book is a must-read for anyone wanting to increase their income while decreasing their workloads.