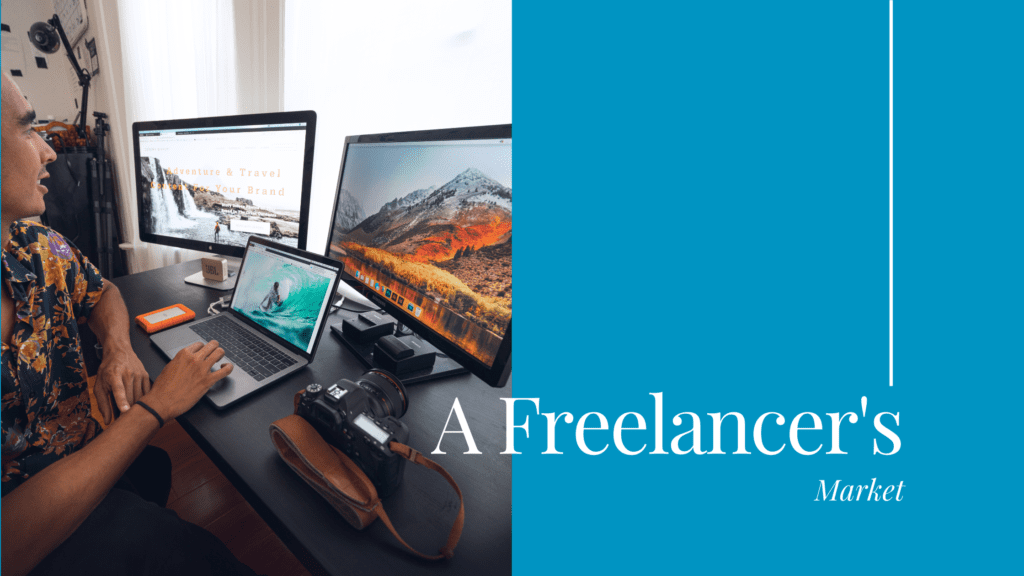 The percentage of American workers who are going out and doing it their way — that is, taking on self-employed, freelance work — is increasing steadily, with an addition since 2014 of some 4 million new freelancers, according to Freelancing in America: 2019, a national annual survey conducted by freelance marketplace Upwork and Freelancers Union. Freelancing’s future looks bright as well. In 2019, freelancers numbered around 57 million in the United States, up some 300,000 from 2018. What’s more, collectively freelancers contribute nearly $1 trillion to the economy, according to the survey.

Below, we list and discuss our top 10 takeaways from the comprehensive survey.

More and more people are making a living freelancing.

No longer is freelance work seen as something to do merely to fill in the gaps between employment. “For the first time, as many view freelancing as a long-term career choice as they do a temporary way to make money, at 50% each,” reads the 2019 survey press release, in part. In just five years, from 2014 to 2019, the number of people who reported freelancing long-term increased a remarkable 54 percent, from 18.5 million to 28.5 million.

Survey respondents overwhelmingly reported believing that technological advancements in just the past three years had made freelance work easier to find and obtain. (Given that an Indeed.com search for the term “freelance” yielded close to 31,000 results, we tend to agree.)

‘Gen Z’ is more likely to freelance than be employees.

While the uptick in freelance work cut across generational lines, a clear pattern has emerged when it comes to age and freelancing: Generation Z (those aged 18 to 22, for purposes of the survey) are the most likely to freelance, with the majority of respondents from that demographic (53 percent) saying they did some sort of self-employed work.

It’s not just about money.

More than half of the poll respondents (51 percent) said they wouldn’t give up freelancing for any size paycheck. “With remote work, you could work from the beach, a co-working space, or the comfort of your own sofa,” writes blogger Darinka Lynkova in a post for Leftronic.com. “Becoming a “digital nomad” is a fascinating opportunity that most workers wouldn’t trade for anything — not even money!” When you put it that way, more cash to spend (while sitting in your cubicle on your 30 minutes of allotted lunch-break time, perhaps?) doesn’t sound that great after all.

Did someone say coworking spaces? The ability to perform your job anywhere you like is one of the biggest perks of freelancing, so say goodbye to the thought of pulling into the same drab office park every weekday for the next 20 years. “The top reason full-time freelancers choose to freelance is schedule flexibility,” according to the 2019 Upwork survey press release.

As a freelancer, you can use the multiple, convenient locations of top coworking providers to keep things fresh and fit your lifestyle. At Metro Offices, we have nine locations in and around DC. Scheduled for an international red-eye? Use our Herndon location before flying out; it’s just a quick Uber ride away. Have an important meeting with a K Street client? Reserve a conference room at our I Street digs.

Discover FLEXIBLE OFFICE SPACE options for your schedule and budget.

More are freelancing by choice.

From 2014 to 2019, the percentage of those who say they began freelancing by choice (and not because financial circumstances necessitated it) increased by 7 percent, from 53 to 60 percent, according to the survey. With the freedom to decide when, where, and for whom you work, freelancing seems like a no-brainer.

It’s not just for IT.

Perhaps the word “freelance” conjures images of a hermetic computer programmer wearing a “Star Wars” t-shirt and five-day beard growth, but some of the data from the 2019 survey should dispel those thoughts. While 45 percent of the freelancers polled in the survey performed “skilled services” (IT, marketing, business consulting, etc.), “unskilled services,” such as dog walking and ride-share driving, accounted for the freelancing done by 30 percent of respondents, and goods selling (eBay and the like) accounted for 26 percent.

The ‘cream of the crop’ are seeing the light.

Freelancing is not just for those tired of being at the bottom of the corporate food chain, either. Increasingly, top performers and executives are going into freelance work, lured, no doubt, by the freedoms it offers. The majority of those polled in the Upwork survey said that the cream of the crop in their own respective industries were going the freelance route. “[W]e’re starting to hear more and more these days about executive freelancers,” writes Forbes.com contributor Jon Younger in a recent piece. “Sometimes called “interim executives,” they have been a fixture in industry for many years, usually temporarily replacing executives that have left or asked to leave until a new leader can be hired.  But these days they are doing much more: parachuting into companies to lead major projects and transformations, fix complex financial problems, and bring important professional skill and experience to organizations in an increasing variety of professional fields and industries.”

Once seen in some circles as the last resort of the laid-off, fired or unemployable, freelancing has shed a good deal of its former stigma. A large majority (71 percent) of survey respondents said they see perceptions of freelance work improving.

Despite all its pluses, freelancing retains some drawbacks. Freelancers “face significant challenges in being able to access affordable healthcare and fundamental protections so they can get paid fairly and on time for the work they do,” Caitlin Pearce, executive director of Freelancers Union, says in the 2019 survey press release. That may account for the fact that freelancers are, as a group, more politically active than their traditionally employed peers (18 percentage points more, to be exact). According to the press release: “Freelancers are most interested in politicians focusing on making healthcare more affordable and available.”

If you’re one of the millions who have made a full-time go of freelancing, you’ll need office space that’s as flexible and agile as you and your business are.  Browse our locations today to find the perfect office space for your freelancing career.

The Remarkable Benefits of Coworking

From Coffee Shop to Coworking Space: An Entrepreneur’s Journey