In 2004, then Washington mayor Anthony Williams announced that baseball was finally coming back to Washington, DC. The official team name was Washington Nationals, bringing great pride to the city. Now, more than a decade later, the Washington Nationals will give back to their community with their 10 Moments of Thanks Program. 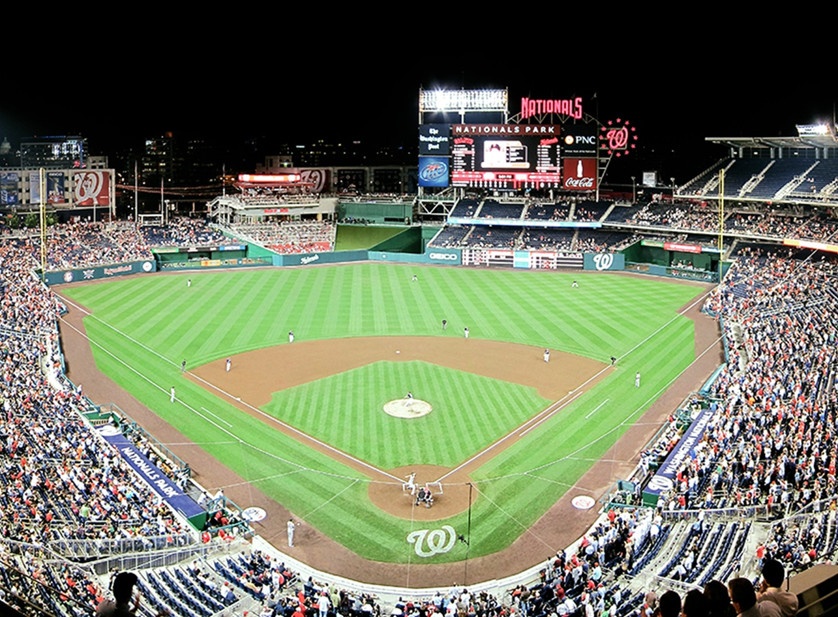 10 Years of Support from Fans and Sponsors

Locals have proudly supported the Washington Nationals since their very first game. Washington fans have set the record for most attendees per division, averaging 31,844 people per game. The team has been known to respond positively to their fans’ support. In fact, to express their gratitude they are holding 10 Moments of Thanks for their long-time fans.

The team will be rolling out 10 giveaways and experiences (or “moments”) to those who have supported them since their first game. Moments include a special logo pin, a chance to run the bases after a game during the 2015 season, and an exclusive viewing of a pregame VIP batting practice, among others.

The Washington Nationals last won the National League East title in 2014. This season, they are in the hunt again hanging near the top of their division making their supportive fans proud once again.

Metro Offices is a proud sponsor of the Washington Nationals. Like many locals, we are excited and highly optimistic about what’s in store for the team this season. We’re sure they’ll bring great pride to our city every time they play.

When we’re not out supporting the local team, Metro Offices provides virtual office space maryland and Northern Virginia. We have recently opened a new office in Tysons Corner at Greensboro Station Place, right next to the Silver Line Metro stop.

Set up your own Washington or Arlington, VA virtual office by calling us at 844-967-5762. To learn more about our services, you may also leave a message for us online.