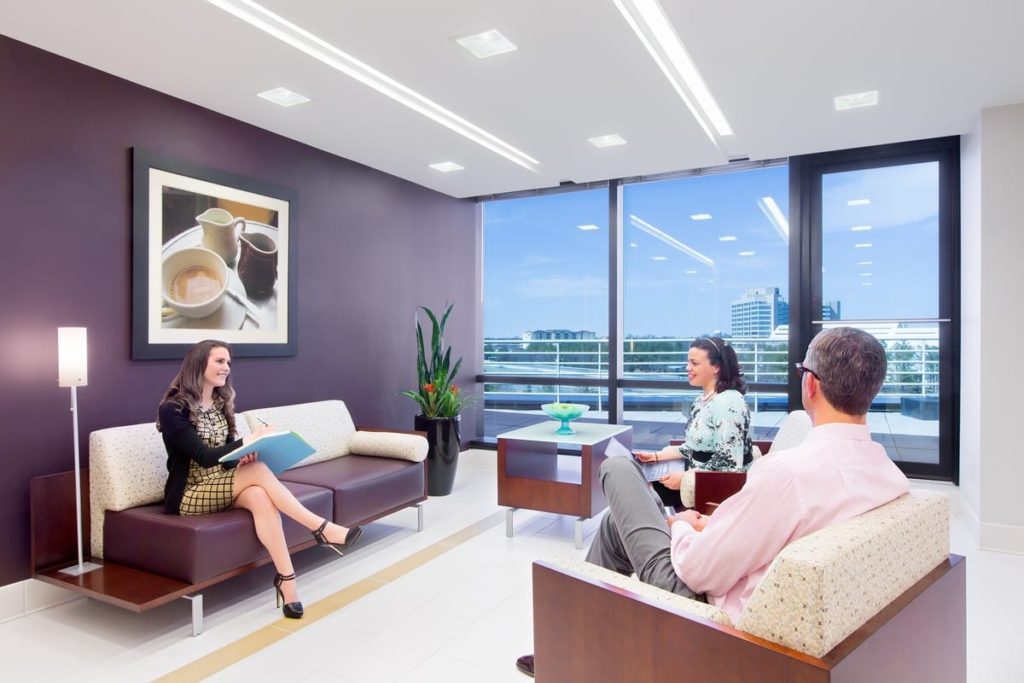 Ambient Scents in an Office Space May Improve Work Performance

Humans’ sense of smell is the most emotive of the five senses, and it’s the one most closely linked to memory. In fact, our scent memory bank can ‘hold’ 10,000 or more different smells. The sense of smell is powerful in other ways as well, ones that can greatly benefit businesses.

For example, scented environments have been shown to increase accuracy in the work of office employees, drive up sales, and boost people’s perception of quality in a product, among other things. So why not consider a scent diffuser today? Below, we give the top six scents for office environments.

In one study, students who were given lavender essential-oil aromatherapy showed significant drops in anxiety and depression. Other studies have found that smelling lavender before various medical procedures can help calm patients. Lavender has been shown to help with mild insomnia, improving sleep. So for those high-stress work environments, a diffuser or scent machine with some lavender may work wonders.

Vanilla may be one of the most-loved ice cream flavors, and it turns out just smelling it can put you in a better mood, too. In one study, participants who smelled vanilla bean felt feelings of joy and relaxation. In another study, patients undergoing MRIs to look for cancer were given whiffs of a vanilla-like scent, and the majority of them reported feeling less anxious during the scans.

Whether it’s for wrangling your kids into bed long after they’re supposed to be asleep, prepping for an important presentation in front of a client, or just living better in general, who doesn’t want more energy? To get a boost in that department, sniff some citrus. Lemon, orange, and grapefruit smells have been shown to make people feel energized. In lemon’s case, that may be in part due to the fact that, according to researchers at Ohio State University, smelling it has been linked to increased levels of norepinephrine, a chemical tied to motivation.

It’s not just for lattes and cookies. In one study, by researchers at Wheeling Jesuit University, people who smelled cinnamon experienced improved cognitive functions, such as better attention spans and working memories.

Has procrastination got you in a bind? Try smelling some peppermint. The scent has been shown to increase concentration. Wheeling Jesuit University researchers found that, like cinnamon, the odor of peppermint increases mental stamina in people.

If you suffer from headaches and like the smell of apples, you may be in luck. In one study, participants who enjoyed the fragrance of the fruit and had migraines experienced a reduction in the severity of their symptoms and had shorter migraines overall after smelling an apple scent.

A Tip for Office Scents

No matter how much you love a single scent, remember to switch it up every now and then. That way, you and your team will get the brain-boosting benefits of multiple aromas, and no one will get sick of any of them.

On the hunt for affordable, flexible, easily accessible office space in and around the nation’s capital?  Browse Metro Offices locations today.