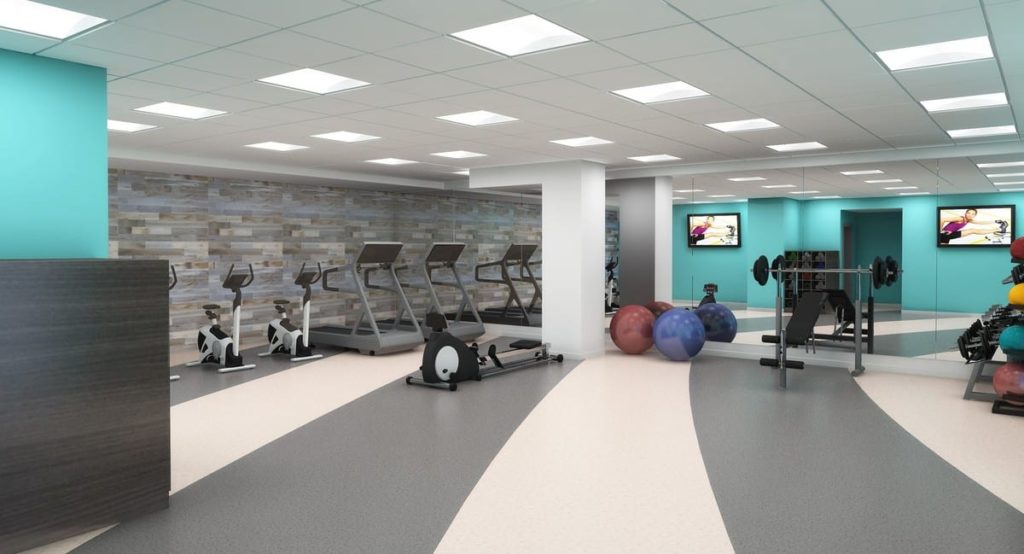 What does the perfect shared office space look like? The answer is probably more universal than you might think. Respondents to a recent European survey by flexible-office-space brokerage Workthere reported liking, disliking, and needing office items and services very similar to those regularly reported by U.S. coworkers. As it turns out, the ideal shared office looks pretty similar across the pond to here in our own towns and cities.

Let’s take a look at the top five reported must-haves for shared and flexible office spaces, both in the U.S. and Europe.

This may come as a surprise given that just 23 percent of American adults regularly get the government-recommended amount and type of exercise, but access to a modern, clean, spacious gym ranks among the top requested amenities for coworkers. It’s such a serious demand, in fact, that it’s given rise to gym chains opening their own coworking spaces. The desire to stay buff is similar among European coworkers, according to the Workthere survey. Nearly half of respondents said having fitness-center access was important to them, but “[o]nly 30 percent of flexible office workers are content with access to a gym,” reads the report, in part.

“As flexible working has become more accepted and technology advancements mean we are constantly connected, the lines between work and lifestyle have become increasingly blurred,” the study continues. “As well as work filtering into our home lives, the reverse has happened. Workers now expect more wellbeing and environmental elements to be included in their office.”

At Metro Offices, eight of our nine DC and Washington-area locations has an onsite, state-of-the-art fitness center. Just thought we’d mention it.

These days it’s nearly impossible to conduct business without at least some use of the internet. Thus it’s no surprise European coworkers value a solid Wi-Fi as much as Americans do. “Four-fifths of respondents consider quality Wi-Fi in the office important,” according to the Workthere survey, calling sound connectivity “one of the most crucial components of an ideal flexible office.” However, just 61 percent of those asked said they were happy with the Wi-Fi at their coworking space.

Here at home, remote work, such as the sort done every day by Metro Offices members, “has gone from mainstream to rushing river,” according to Inc.com contributor Scott Mautz. As such, failure on this score is simply not an option. Coworking individuals routinely report high-speed, high-quality Wi-Fi as one of their top requirements; with the majority of U.S. companies now using remote workers, it’s easy to see why.

One of the major advantages of coworking spaces is their visceral ‘alone together’ quality, which fosters productivity and heads-down, no-talking work. Still, there are times when even more quiet is needed. Seventy-six percent of Workthere respondents said having quiet space at their coworking location was important to them “but satisfaction with this is low” (at 54 percent).

A peaceful place for focused work or phone calls with no background noise is an American requirement, too. Metro Offices’ answer to the call of near-total privacy in public: solo offices and phone booths, both of which we have available for members’ use.

Along with comfort, general cleanliness, and air quality, lighting was cited as one of the top “essentials” by Workthere survey respondents — yet just 65 percent said they were happy with the quality of theirs. American traditional-office workers are perhaps even less pleased with their lighting, with 40 percent saying they work in “uncomfortable lighting every day,” according to a recent survey discussed in Forbes.

To be fair, superficial light is a feature that’s hard to get just right. Too much or too little, too bright or too dim; one-size-fits-all it is not. Here’s how top U.S. coworking spaces are trying to remedy the problem: choosing buildings with more windows and better natural-light exposure; use of LED bulbs over incandescents; and the implementation, where possible, of customizable lighting. LEDs produce light more efficiently than their older counterparts, and they best mimic sunlight, which “has been found to be the number one wanted natural feature in the workplace,” reads a piece, in part, on eco-business.com. At Metro Offices, our commitment to green practices has long meant the use of LEDs, and our buildings, each with numerous windows, are chosen in part for being full of natural light.

Real estate got it right: Location, location, location. That’s what matters. “Just over half of flexible office workers are based in a town or city center and a fifth are based in suburban locations,” according to the Workthere report. “A town or city center is also the preferred location for a flexible office, followed by a suburban location and then business park. … Within the location category, it is no surprise the daily commute came out top in terms of importance. Commuting length is important to 77 percent of respondents and commuting cost is essential for 74 percent. Flexible office workers are slightly more satisfied with the length of [their] commute … ”

In the DC area, which recently “ranked number one for the worst traffic in the country,” according to a study by Texas A&M University, being able to avoid driving to the office is a major work perk. Why? The average driver spends the equivalent of more than three days per year behind the wheel.

Metro Offices’ locations are all located within walking distance of a mode of public transportation (in some cases, our offices even connect directly to a Metro stop). So if you’re going car-less, you can still make it to your office space and keep those three days a year for something better than sitting in traffic.

Are you looking for your own affordable, flexible, and convenient coworking space? In and around Washington, DC, look no further than Metro Offices.  Browse our locations today.